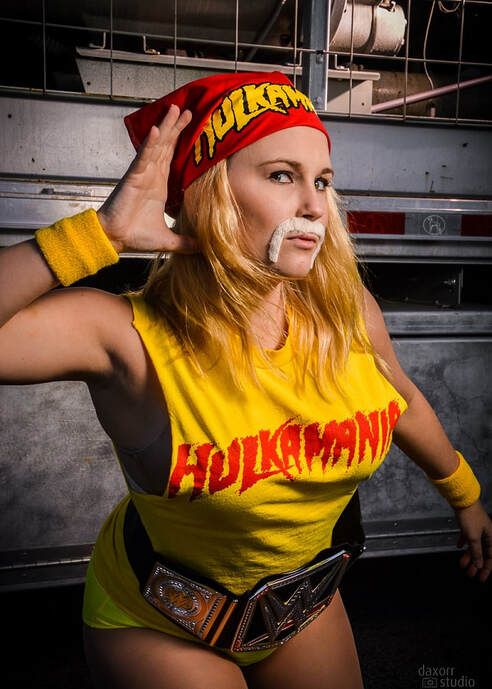 "SuperKayce is a international cosplayer, artist, gamer, and all around fan-girl from Indiana!

She began her journey into the convention world in 2009 when she attended her first Superman Celebration in Metropolis Illinois! Her first costume was Supergirl made up of dyed clothing, tube socks, and a cut-up bedsheet from Goodwill! Since then she has definitely expanded her knowledge of costume creation as well as the convention scene! As of 2018 Kayce has gone on to create over 100 costumes including Astrid, Belle, Natsu, Robin, MegaMam, Electra, Raven, and many more! She attends around twenty cons per year and has been featured as a guest at more than 75 shows across the World! While Kayce has judged and hosted multiple cosplay events, she has also won several of her own awards, been featured in the 2015 issue of Icosplay Magazine, as well as countless podcasts and fan-sites for her creativity and charity work!

As part of her costuming, Kayce uses a majority of her time and effort to participate in many charitable events such Superheroes Fighting Cancer, SOSI, and Superhero Reading day at local libraries! After losing her father in 2012, Kayce has raised nearly $10,000 for Pancreatic Cancer through donating from Cosplay sales solely! She has also worked personally to raise money for Spina Bifida and Needy families sponsored by The United Way Indiana! Kayce is also the co-founder and 1/2 of the Charity "SuperMage" which gives back during an annual Christmas Charity!